Please note that this story is incomplete.

How it got its name:

The name "Scrover" is a mixed combination of Scratch (the coding language) and Grover (The Sesame Street character).

Before the Scrover website was published, TCB94 only knows how to make websites using Classic Google Sites, and only Scratch was the coding language he ever known before. Originally, Scrover was going to be a different coding lanugage alternative of Scratch, but he was worried that it will be a copy (because of coding blocks), and might get sued.

To solve the problem, he has seen two revival websites based upon YouTube: Vidlii and Bitview to have ideas to make the first Scratch Revival.

Both Vidlii and Bitview are revivals of old YouTube, but Bitview falls into the 2006- 2007 version of YouTube, and Vidlii, 2008 version.

He's also seen other Scratch 2.0 mods, and used one of them called "Sharp". He used it a little, but was also thinking to obtain the client from the existing 2.0 client, of Scratch and modify it.

during the same time, he made up his plans to make Scrover into life, which was never seen in the Scrover universe: 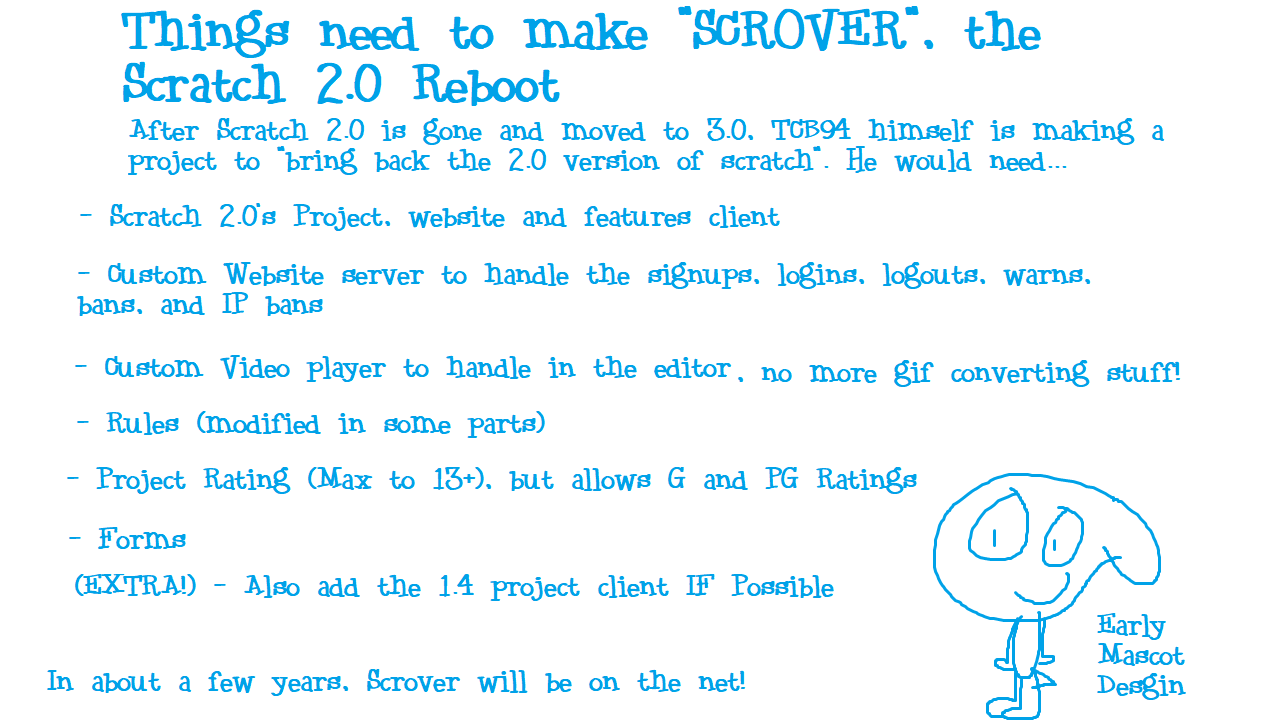 ...And learned HTML at his local library.

After TCB94 found neocities, he decided to make websites BY CODE, and this is one of them he has created, but except this one, he isn't doing alone. He's doing it with the help of fan users!